The pandemic has posed unprecedented challenges to society and the economy. What is the best way to stop the virus without permanently damaging the economy? 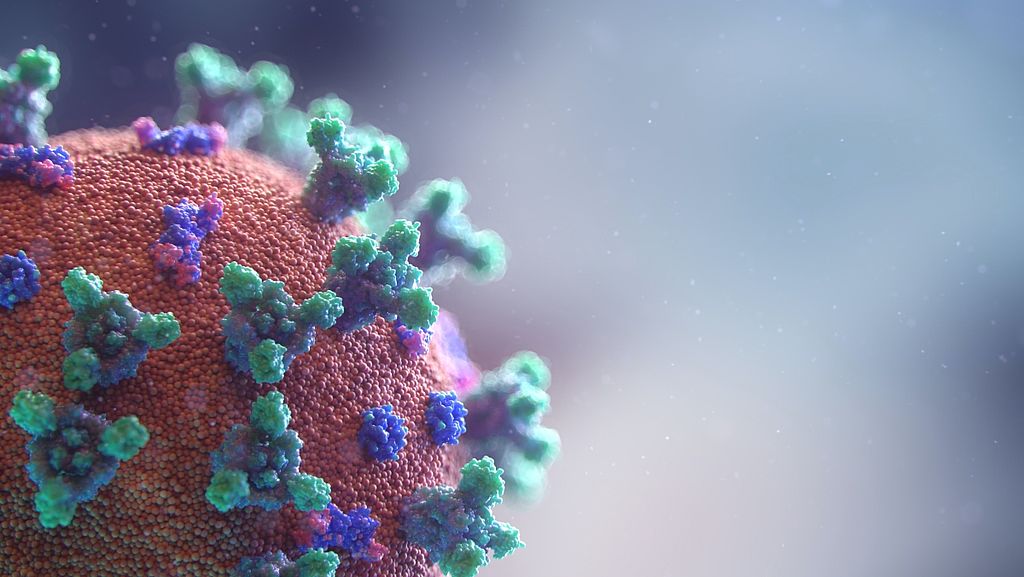 In January 2020, the novel lung disease COVID-19 became an epidemic in China. Within the space of two months, the World Health Organization had declared it a pandemic, and the global economy was in its grip. As in many other countries, Germany’s public life and parts of its economy shut down for several weeks due to state-imposed contact restrictions. As the lockdown ended and the summer came, the spread of the virus appeared to have all but stopped. But in the fall the pandemic’s second wave inundated Germany; a third wave followed in spring 2021. Of all the areas of the economy affected by the virus, the service sector was hit hardest.

The longer the contact restrictions persisted, the greater their toll on society. In addition to massive government spending on short-time work and emergency aid to companies on the verge of bankruptcy, the restrictions limited participation in education, especially for disadvantaged children and young people, and have dampened the mood of a society cut off from social encounters, family celebrations and cultural life. Since vaccinations began in early 2021, there’s been some light at the end of the tunnel. Nevertheless, Germany will have to live with the virus for many months to come. That is why it needs a strategy that restores normal life and economic activity without letting infection numbers get out of hand. This will require an intelligent combination of vaccinations, testing, and individual responsibility.

Economic interests and anti-corona measures must not be played off against each other. Instead, it is important to adopt effective containment measures in time. German politicians seem to have missed the right time for targeted measures to curb the fourth wave beginning in autumn 2021. The fifth (omicron) wave must now be anticipated in time.

All experts, press releases, publications and events on the Corona crisis

Since the start of the pandemic, IWH economists have carefully studied its economic effects in the short and medium term. They have analysed the pandemic’s development, the measures introduced to slow viral transmission, and the consequences for the economy in Germany, Europe, and the world. Their reports appear in IWH’s quarterly economic forecasts, in the half-yearly joint economic forecasts set up together with the other German economic research institutes, and in the IWH Flash Indicator forecasting the upcoming quarter.

Recently, using a model that describes the relationship between economic mobility and infection rates, IWH researchers estimated that the relaxation of containment measures in March 2021 increased economic mobility in Germany by 10% and the number of infections and deaths by 25% each.

In General, IWH believes that the best economic policy is the successful containment of the pandemic. For instance, its researchers support the government taking on debt to finance state aid during the crisis. But they argue that money should be used to help areas of society and the economy that are actually hurting instead of using it to stimulate general consumption, as with the decision to lower sales tax last year.

Is a wave of bankruptcies imminent?

The bankruptcy rate is a good way to measure the economic impact of the corona crisis. A company’s involuntary exit from the market brings job losses and leaves supplier high and dry, which can induce chain reactions in other companies. A recent IWH Policy Note explains the significance of bankruptcies as an economic indicator and how to measure them with only a short time lag.

In May 2020, shortly after the first corona lockdown, the IWH’s bankruptcy research unit launched the IWH Bankruptcy Update, a well-regarded monthly source of pandemic-related economic information. Two months ahead of official government statistics, it provides and interprets data on bankruptcies in Germany. In the summer 2020, the IWH noted an increase in bankruptcies among large companies. Since then, bankruptcies have remained almost entirely below pre-crisis levels. IWH has not detected a looming wave of bankruptcies in the data, though the true number of insolvent companies may be concealed by state aid and the suspension of the obligation to declare bankruptcy.

Another Policy Note compared bankruptcies in 2020 with the long-term decline in insolvencies that began before the crisis. Based on the relationship of past bankruptcies to short-term economic developments, IWH researchers provided a prognosis of insolvencies in response to the corona shock. They then found that the actual number of bankruptcies was far lower – an indication of the effect of state aid and the suspension of the obligation to file for bankruptcy. The study also showed that most of the bankruptcies were concentrated in industries especially affected by the pandemic.

The crisis has jeopardised financial stability

Unlike the global financial crisis in 2008–2009, which originated in the financial sector and then spilled over into the rest of the economy, the corona crisis directly hits the real economy. Yet if many companies become insolvent due to the crisis, banks can be put at risk. In its June and July 2020 Policy Notes, the IWH pointed to this danger and projected its potential magnitude in various scenarios. It found that even if the economy recovers swiftly – an optimistic assumption – dozens of German banks could face insolvency as a result of loan defaults. Institutions that are particularly vulnerable are cooperative and savings banks that finance hard-hit sectors such as retail and hospitality. In some German regions, many banks were both undercapitalised and held credit portfolios full of borrowers greatly affected by the corona crisis.

When banks are in trouble, the supply of credit for companies starts to run dry, which can trigger a second-order recession. So far, generous government aid for companies has prevented massive credit defaults. But this has produced a growing number of zombie companies that have come to depend on money from the state. At some point, a wave of insolvencies will come. Germany’s banking supervision must work to strengthen the capital base of at-risk banks. Otherwise, the state will once again have to use taxpayers’ money to bail out banks without systematically restructuring their credit portfolios.

We need a new corona strategy

After the first wave of the virus in the spring 2020, IWH President Reint Gropp called for comprehensive testing for the working-age population and protective isolation for risk groups to give people some normalcy again. At that time, a vaccine was not yet in sight. Now, the vaccination campaign is underway, and, together with rapid tests, constitutes a pillar of the pandemic response. State control must eventually give way again to individual responsibility. The lockdown is a blunt instrument and it no longer reflects the needs of the moment. When extended indefinitely, it damages the economy, undermines educational opportunities, increases social inequality, endangers mental health, and erodes trust in democracy.

Publications on the Corona crisis

The Macroeconomics of Testing and Quarantining

in: Journal of Economic Dynamics and Control, May 2022

The Covid epidemic had a large impact on economic activity. In contrast, the dramatic decline in mortality from infectious diseases over the past 120 years had a small economic impact. We argue that people's response to successive Covid waves helps reconcile these two findings. Our analysis uses a unique administrative data set with anonymized monthly expenditures at the individual level that covers the first three Covid waves. Consumer expenditures fell by about the same amount in the first and third waves, even though the risk of getting infected was larger in the third wave. We find that people had pessimistic prior beliefs about the case-fatality rates that converged over time to the true case-fatality rates. Using a model where Covid is endemic, we show that the impact of Covid is small when people know the true case-fatality rate but large when people have empirically-plausible pessimistic prior beliefs about the case-fatality rate. These results reconcile the large economic impact of Covid with the small effect of the secular decline in mortality from infectious diseases estimated in the literature.