Financial Systems: The Anatomy of the Market Economy

How the financial system is constructed, how it works, how to keep it fit and what good a bit of chocolate can do. 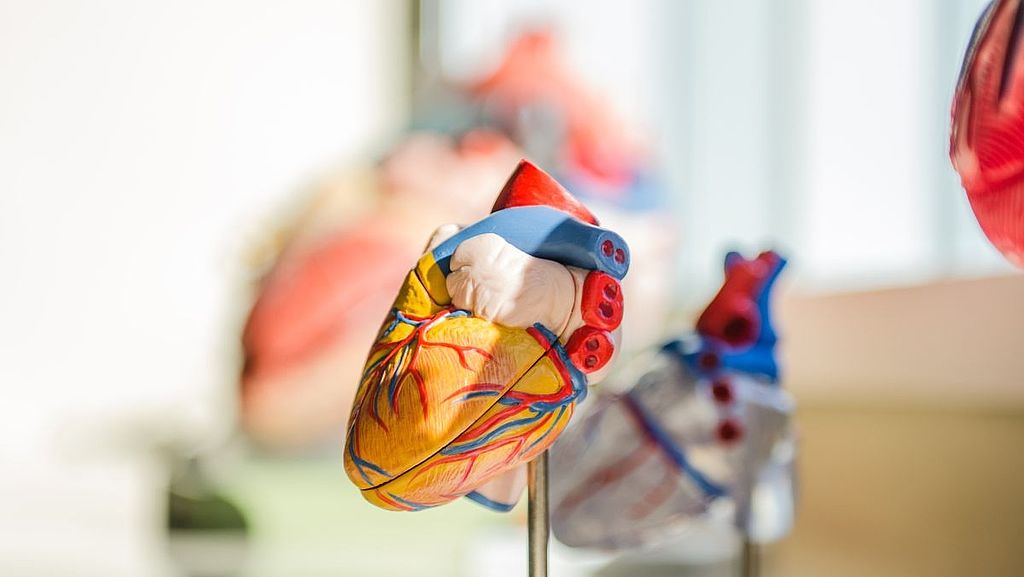 If physical and human capital constitute the body of „modern“ capitalism, money is the blood that distributes nutrients from the heart to system components that take actions: the brain thinking up a plan, the legs running a 100m dash, the fingers playing a prelude of Bach, or the system altogether coding a computer game. In this picture, financial institutions and markets represent arteries and venes that provide the infrastructure to channel resources like oxygen to tissue in need for it and transporting used funds back to the heart to re-start the cycle. The Financial Markets department at the IWH seeks to advance our understanding how this complex financial economic system is designed and interacts.

All experts, press releases, publications and events on “Financial Stability”

Identifying the causal mechanisms how financial flows are routed between consumers, firms, and investors, the associated welfare implications, and how governments and regulators can influence these mechanisms is a capstone objective – be it in response to new European regulations such as capital requirements (Gropp et al., 2019) or bank levies (Bremus et al., 2020), the provision of emergency liquidity by central banks abroad (Kick et al., 2020) or macroeconomic shocks (Lambert et al., 2019, Koetter et al., 2020). It is also a matter of highlighting the effects on financial stability (Bosma et al., 2019) and thus welfare (Gropp et al., 2020) and providing governments and regulators with tools to respond to them, for example within the framework of consultation processes by regulatory institutions (Koetter and Tonzer 2018, 2020). Insights generated from independent research enable us to critically assess past policy actions and to develop evidence-based policy advice when tackling economic and ultimately societal challenges.

Are central banks fountains of funds or dikes against toxic floods of risk?

If money is so pivotal to the economic system, where does it come from? The monopoly to generate financial funds rests with central banks. Only they can create – or retire – legal tender and are usually mandated to ensure that the correct quantity of financial funds circulates in the economy to facilitate the exchange of goods and services while maintaining stable prices by conducting monetary policy.

To master this challenging task, scientific methods are needed to isolate cause and effect and separate identifiable mechanisms from spurious correlations. Economic theory guides the articulation of hypotheses that can be tested with econometric techniques. The role of financial economics scholars is to develop scientific tools in the form of theoretical models and empirical analyses and apply them to data to aid policy makers in their decision-making. As such, our task is to generate facts with so-called positive economic analyses. The resulting information can then be the input to normative analyses that evaluate economic policy, i.e. an assessment conditional on value judgements.

Two features of central banks are particularly important to the research at the Financial Markets department in this context. First, despite the obvious direct effect of central bankers’ choices and actions on each of our lives, their executives are not elected, but appointed. Contrary to the legislative and the executive branch of democratically organised societies, central bankers are thus not directly legitimised by voters. This lack of a direct mandate by the sovereign – us voters –creates oftentimes tensions and allegations that “bureaucrats” govern our financial affairs (Eichler et al., 2018; Delis et al., 2020). The second feature is that Germany does not conduct national monetary policy for itself. To foster economic integration in a single market, we introduced the common currency on January 1, 2002. Until today, the euro replaced local currencies in 19 European states that constitute the European Monetary Union (EMU). Around 340 million people therefore no longer face exchange rate risk, enjoy cheaper cross-border payments and other financial transactions, and can therefore trade and travel with fewer economic frictions. The common currency with all its benefits also entails, however, that monetary policy is conducted for the entire EMU by the European System of Central Banks (ESCB) and not for any single nation alone.

Devising monetary policy for a group of countries that often differ quite substantially in terms of economic and financial conditions poses a challenge to the European Central Bank (ECB), which conducts the monetary policy for the EMU. For example, EU law is not always transposed immediately into national law. The delayed completion of the European Banking Union (Koetter et al., 2019; Grothe et al., 2019) is thus leading to different reactions to ECB measures such as the current purchase programmes to mitigate adverse economic shocks. Disagreement on the appropriate policy stance became glaringly obvious in the wake of the sovereign debt crisis that struck Greece, Ireland, Portugal, Italy, and Spain starting in 2010.

A particularly controversial response by the ECB to combat soaring risk premia was to purchase stressed sovereign bonds in secondary markets. One of the first asset purchase programmes (APP) was the Securities Market Programme (SMP), absorbing sovereign bonds from the five stressed EMU members on the order of 218 billion euros between May 10, 2010 and February 29, 2012.

This approach to relief stress from financial markets and institutions represented a paradigm shift in ECB policy making and quickly became subject to vocal criticism, especially by many German commentators. The main concern was that buying sovereign debt would represent a stealth re-financing of governments by the ECB, thereby sowing the seeds of future lack of budgetary discipline in stressed member states. Overly easy re-financing conditions were feared to invite excessive risk-taking and strengthen the undesirable mutual dependence of national governments and “their” banks if the latter hold a lot of sovereign bonds on their balance sheets.

The Financial Markets department conducts a range of research projects that assess APP’s and other policies to strengthen financial system resilience. One specific project activated research collaboration networks with the ECB and Deutsche Bundesbank to investigate if the SMP had indeed detrimental effects. Alternatively, we wanted to learn if this unconventional policy of the ECB had positive effects, such as easing credit conditions and fostering economic activity (Koetter, 2020; Antoni et al., 2019).

Guided by our task as researchers to provide facts, we were the first to connect detailed data on each transaction of each security during the SMP by the ECB with equally detailed security-level data about the holdings of all bonds and stocks by all German banks in the five years before and after the SMP programme.

Figure 1 illustrates that around 1/6 of all regional German banks were exposed to the SMP shock in terms of holding at least one security that was eventually purchased under the SMP. The low shares of SMP-securities’ nominal value relative to banks’ entire security portfolios shown in the bottom panel further suggest that anticipation of the APP was unlikely.

This “big data” exercise allowed us then to test whether the ECB’s APP caused banks with access to the programme to behave differently compared to banks without access to the additional ability to raise refunding from the ECB at favorable terms. Exploiting detailed quarterly bank-level data reported to Deutsche Bundesbank revealed very little support for the various dramatic concerns raised. In fact, the average German bank with SMP access increased lending by 4% during the five post-SMP years relative to banks without access, a much faster-paced growth as illustrated in Figure 2.

So contrary to at times very heated policy (and populist) debates, the empirical evidence provides only limited indications that ECB “bureaucrats” cast Armageddon on the financial systems of non-stressed members. This finding underpins the importance to conduct independent, scientifically excellent research as affirmed by international peer-reviewed publications. Only by applying the most rigorous research standards, we can enhance our ability to draw causal inference that is needed to provide impartial positive evidence for legitimately controversial, yet informed and more nuanced normative debates.

Are elected representatives the better guardians of financial systems?

So should we better entrust our elected representatives with guarding the monetary and financial system? Probably not! Many good reasons support why most market economies chose to rank the independence of monetary policy makers from politicians and political cycles higher than mandating monetary policy making by vote, recall the example of non-sustainable debt financing. Beyond monetary policy, we further demonstrate in a number of studies that direct political influence in banking and financial systems usually leads to inefficient outcomes: lending to local governments through the election cycle (Koetter and Popov, 2020), the prevention of muchneeded consolidation in overbanked markets that suffer from frail profitability leiden (Koetter et al., 2018; Gropp et al., 2020), additional risk-taking from implicit bailout guarantees, or increasing systemic risk in banking by capping bankers’ bonuses are just some of these results. (Colonnello et al., 2018).

An important takeaway from the scientific findings on the effects of unconventional monetary policy in terms of costs and benefits is simply that economics is a social science. To arrive at our conclusions, we rely on assumptions and models that are simplifications of reality. These simplifications are necessary to keep mechanisms and solutions tractable. This abstraction from reality inevitably implies that we almost surely neglect certain important aspects, such as societies’ preferences for nonpecuniary utility drivers like longing for arts, culture, sports, climate, or chocolate (at least to me, a priceless item). The inability to model each and every aspect of peoples’ utility does not mean that economics ignores them though! To put the findings of our research into perspective, a clear documentation of assumptions paired with an increasing trend towards the replicability of empirical results are important ingredients.

How do we keep the financial system fit?

What is “correct” then: Should unelected bureaucrats, voted politicians, or free markets rule our financial system? The uncomfortable truth is that in an inherently complex system with multi-dimensional challenges, no digital solutions exist. In terms of the picture of the human body and unmeasured utility: A little bit of chocolate makes you happy and healthy. But too much chocolate may lead to excessively high levels of sugar and fat intake that clogs up your arteries – so it depends!

But financial economics scientists can provide tractable evidence that helps to isolate challenges to the system and propose estimates of costs and benefits while being clear on their assumptions and their models’ limitations. Sensible policy makers can then account for modelled as well as non-modelled factors responsibly and irrespective of the inherent limitations of models and methods so as to take (necessary) choices under (unavoidable) uncertainty. In order to ensure a constant exchange of information, we therefore regularly hold events with decision-makers as well as scientific conferences with international reach.

Financial economists cannot – and should not – substitute for the responsibility to make judgement calls, which are the prerogative of elected representatives – or appointed bureaucrats. Our responsibility is instead to provide evidence that is as lucid as possible regarding the inference it supports, but also about the limitations it is subject to. Close collaborations between economic scientists, data experts, policy makers, and statistical offices are pivotal to this end.

At the same time, it is equally important that we safeguard our constitutional right to conduct independent research. The pursuit of this objective as a member of the Leibniz Association is our privilege and duty as researchers to contribute our share to keeping the financial system fit and healthy.