The financial crisis is largely over, yet confidence in the ECB and EU remains low. Thanks to Brexit and populism, there is currently no shortage of challenges – nor of a visionary upswing in some parts of Europe. 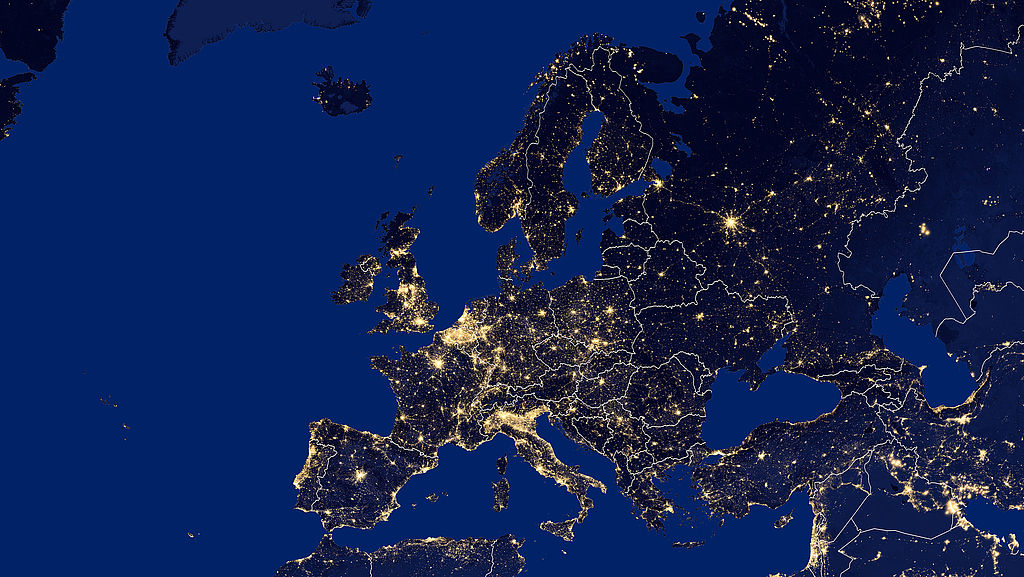 Billions in taxpayers' money has been spent rescuing banks since the financial crisis erupted in 2008. From the debt crisis to the euro crisis, the EU stumbled from one low point to the next. Greece in particular had to contend with a loss of confidence on the international financial markets – from which Germany gained considerable benefit, by the way. The refugee crisis followed in 2015, with the Brexit referendum in the UK and the election of Donald Trump in 2016. But new visionaries also took to the international stage, including the new French President, Emmanuel Macron.

All experts, press releases, publications and events on "The New Europe"

In order to reboost the economy, the European Central Bank (ECB) has been pursuing a much criticised excessively low interest rate policy for years, which we can assume is benefitting German households, however. Since 2015, the ECB has been buying bonds from European institutions and states – a measure for which there are justifiable grounds. Since June 2016, it has also been buying corporate bonds, and published the results of the second stress test round in July 2016.

"ECB is one of the few institutions contributing to the solution."

It turns out that the ECB is taking specific action to continue providing momentum and security to the European economy. "It is one of the few institutions contributing to the solution", according to Reint E. Gropp, President of the IWH. "But to achieve a sustainable solution, politicians need to act much more decisively." However, countries are different as to how quickly they implement reforms and hand oversight over to EU-institutions.
The refugee crisis was and still is one of the EU's main stumbling blocks. A lack of cooperation between member states has allowed the humanitarian crisis to continue to spread, with immigration and the distribution of refugees remaining a critical issue, despite the EU-Turkey Agreement. Immigrants' integration into the labour market, especially in Germany, will remain a political challenge for decades. But science must also provide analyses and potential solutions. For example, the Leibniz Association's "Crises of a globalised world" research network has addressed the issue of the refugee crisis.

Migration was and is a constant issue when it comes to Brexit. But the UK's decision to leave the EU also touched on other economic dimensions: Even before the referendum, an IWH study had already suggested that the pound would react strongly to the UK's departure. With the increasing likelihood of Brexit, more than 50% of researchers asked by Thomas Krause predicted a significant devaluation of the pound against other currencies, including the euro. Stock market price volatility therefore reached record levels ahead of the referendum. "This turbulence reflected the uncertainty that was and is associated with the Brexit decision", states Gropp. The President takes a calm view the fate of London's financial centre, however: "London's financial centre will retain its dominant position within Europe despite Brexit. This is based on both the experience gained from the introduction of the euro and is also due to London's considerable location factors: the size of the city, the regulatory environment and its human assets." Should the United Kingdom withdraw from the EU in a „hard Brexit“ in March 2019, exports to Great Britain are likely to decline. Export-oriented EU countries such as France and Germany, as well as important suppliers like China would suffer job losses. In Germany, the car industry would be most affected.

On a third front, the EU is fighting for the confidence of its citizens. But while on the one hand, the popularity levels of eurosceptic parties rose or national conservative parties even governed some Member States in the past, the EU also appears to be reinventing itself: Neither Brexit nor the election of Donald Trump in the US have fractured the EU. On the contrary. Despite meeting with domestic resistance, French president Emmanuel Macron is a committed European. The EU also now aims to close ranks when it comes to defense.

Crises are always an opportunity for change. It is no secret that the EU has potential for improvement in many respects. Perhaps this new momentum will finally trigger other important change processes: improvements to the democratic legitimacy of the EU institutions, less regulation of the labour and product markets, a reduction in bureaucracy both in the EU and its member states, the implementation of the capital markets union and a new weighting for EU spending. This is the only way for the EU to remain sustainable – prepared for future financial crises and strengthened by new cohesion.

Publications on "The New Europe"

Global economic activity appears to be expanding rapidly during spring 2017. Confidence among managers is either strong or has improved in all major regions, and world trade and industrial production have, after two years of weakness, picked up markedly during last winter. For 2 ½ years, the euro area economy has now been constantly expanding at an annual rate of about 1.6%, slightly above potential. Employment has also been expanding steadily. Production and employment have been recently rising almost everywhere, including countries such as France and Italy where unemployment rates still do not appear to be on a downward trend. Official investment data for 2015 and 2016 appear to be distorted: big multinational firms relocated parts of their assets (intellectual property products in particular) or their registered business offices from countries outside the euro area to Ireland. As a consequence, reported gross fixed capital formation in Ireland expanded by 33% in 2015 and by 45% in 2016. Without this effect, investment growth in the euro area is about one percentage point lower in 2015 and 2016. Headline inflation hit 2% in February, but this was only the effect of higher world oil prices. The core rate is stubbornly at slightly below 1%, and wages rise annually by scarcely 1.5%. The revival of the economy will have to continue for considerably more time until inflation will come close to the ECB target zone. As monetary conditions continue to support growth, financial policies will be slightly expansive, and a certain external stimulus should come from the apparent recovery of world trade. Overall, we forecast euro area GDP to expand by 1.7% in both 2017 and 2018. However, policy uncertainty is substantial and could have a negative effect. In particular, elections in member states might give power to movements that aim at disintegrating Europe. Such a turn could rapidly undermine confidence, in particular in the financial strength of highly indebted member states.

In response to the Global Crisis, governments have implemented restructuring and resolution regimes backed by funds financed by bank levies. Bank levies aim to internalise system risk externalities and to provide funding for bank recovery and resolution. This column explores bank levy design by considering the German and European cases. The discussion points to the importance of structured policy evaluations to determine the effects of levies.

Global economic activity has revived since autumn, and equity markets have rallied at the end of the year. Apparently, some of the measures proposed during the US election campaign by the president elect, such as financial market deregulation, economic stimulus, tax cuts and infrastructure are expected to support the economy in the US and beyond. However, this stimulus bears considerable risks already for the near future: other economies could face considerable problems due to a further appreciation of the dollar, rising financing costs and the withdrawal of capital towards the US. In the euro area, as monetary policy continues its expansive course, financing costs will stay very low in 2017, and fiscal policy will be mildly expansive, although a bit less so than in 2016. Confidence of firms and private households has strengthened in recent months, as has the mood on financial markets. We expect that the recovery will continue at about the pace of 2016. GDP will, according to our forecast, increase by 1.6% in 2017 and by 1.7% in 2018. However, the crisis in the Italian banking sector has intensified. It might also trigger another crisis of confidence in European institutional arrangements: according to the Bank Recovery and Resolution Directive, banks may only be saved with public money if owners and creditors of these banks have contributed to the rescue. At present it seems doubtful whether it would be politically feasible to respect this rule. Regarding inflation, our forecast for 2017 is 1.2%. Although energy prices have risen significantly, price pressures are still low.

Complexity and Bank Risk During the Financial Crisis

We construct a novel dataset to measure banks’ complexity and relate it to banks’ riskiness. The sample covers stock listed Euro area banks from 2007 to 2014. Bank stability is significantly affected by complexity, whereas the direction of the effect differs across complexity measures.

During the first half of 2016, investment activity of private firms was weak in most advanced economies and labour producitivity was even decreasing, as was world trade in goods. Consumption of private households, however, kept the world economy afloat. Within this global context, the modest recovery of the euro area economy continues, with important tailwinds from labour markets. Employment ist expanding everywhre, even in those countries, such as France and Italy, where unemployment rates have still not come down significantly. Since monetary and fisical policies will not become more expansive in 2017, the stimulus from cheap oil is fading, and exports to the UK will be dragged down by the fallout of the Brexit votem there is reason to expect the euro area recovery to lose some momentum. GDP will, according to our forecast, increase by 1,6% in this year and by 1,5% in 2017, about as much as potential output in the euro area. Our inflation forecast for 2016 is 0,2%. For 2017, we expect inflation to increase up to 1,2%, as during next year the favourable effects of decreasing energy prices will fade off.