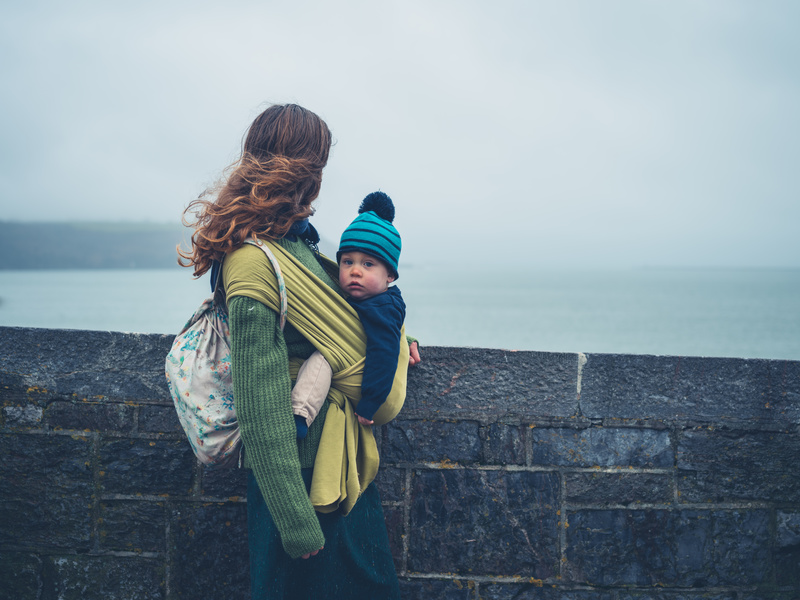 Many thousands of refugees flocked to EU member states in 2015 and 2016, especially to Germany. As has been widely and controversially discussed. The much more serious and longer-term problem of demographic change has been adeptly sidestepped, however. Although it may sound unpopular to some: immigration is vital for Germany, as there is no other way to offset demographic change. This is because the population is constantly ageing and neither the labour market, municipal infrastructure investments, nor the German pension system are currently adequately prepared.

All experts, press releases, publications and events on "Demographic Change"

The increasingly ageing population is already high on the political agenda and will pose a major challenge for the next generation. If things remain as they are, today's children will have to pay much higher pension contributions than their parents and grandparents – and receive considerably less money in return when they are old. Although demographic change is considered when adjusting pensions, this is not sufficient to prevent the scenario just described. There are certainly alternatives, however, to the existing system. For instance, pension levels at retirement age could be fixed at current levels, or even slightly higher, and the pensions of those who have already retired only be increased in line with inflation. Living standards would therefore be maintained. On the other hand, people's work-life balance must be improved, so that couples are not afraid to have children. Almost 10 years ago, the IWH determined that women only continue to work part time after having children, particularly in western Germany.

Germany's towns are also paying too little attention to demographic change and thus the future. They primarily make investments based on the current financial situation and too little on how the population will develop in future. If towns continue to do this, some will be chronically under-funded and others over-funded in 20 years' time.

Another problem is the shortage of skilled workers. In order to make it attractive for well-trained specialists to move to Germany from overseas, a targeted immigration policy is required. The projects launched to date, such as Blue Card, have not been as successful as hoped. So Germany currently remains isolated from the international pool of highly-qualified workers. A points-based system could be a promising alternative.

At the same time, Germany is facing the huge humanitarian dilemma of refugees; the enormous wave of migration since 2015 is placing considerable demands on Europe. The asylum system in Europe still has major shortcomings. A coherent European asylum policy is currently more important than ever, but the refugees have been very unevenly distributed within Europe. The IWH mooted a strategy for their equitable distribution back in 2015, which takes into account both the allocation of people and the costs.

In addition, the state must sustainably manage the integration of newcomers into our culture and labour market. This also includes improving social mobility within our society, in order to provide immigrants with good training opportunities. "Germany has been asleep for the last ten years. We have not seriously considered how we will handle our population development in 15 years' time," says Reint Gropp, President of the IWH in an interview with Mitteldeutsche Zeitung.

Despite the intake of 1.2m refugees over the past two years, Germany’s population suffers a serious decline. Especially in Eastern Germany total population shrinks. According to the OECD, about half of asylum-seekers who started off in eastern Germany in the past moved to places such as Hamburg once they secured their permit.

Whether and how this country can make economic use of the opportunities presented by immigration is currently still under discussion. Integration is a fundamental part of this debate. Due to the complexity of the issue, an interdisciplinary, scientific approach, such as that of the ‘Crises of a globalised world’ Research Group, is essential, in order to understand the reciprocal mechanisms and dynamics. For example, analyses by the IWH show that measures to cope with immigration during late 2015 triggered additional economic impetus. National and regional governments increased their budgets, while spending on housing, food, medical care and general support for refugees fuelled demand and production, especially in the construction and hospitality sectors, as well as in professional services. According to calculations by the Joint Economic Forecast Project Group, migration-related expenditure across Germany contributed 0.1 percent to the growth in gross domestic product in 2015.

Today, one in 113 people in the world is considered to be a refugee – 65 million in total. In order to resolve the complex ‘asylum’ problem, politicians need to be much better organised and ideally develop collective actions. This is the only way to achieve a solution that is as efficient as possible – and above all humanitarian.

Demographic change is profoundly affecting various social spheres, yet is still underestimated by politicians and citizens. Pensions, future investments, migration – all these things are having a direct, immediate impact on people in Germany. Which is precisely why timely, sustainable solutions are required that do not simply pay lip service to sustainability.

We conduct a discrete choice experiment to investigate how the location of a firm in a rural or urban region affects job attractiveness and contributes to the spatial sorting of university students and graduates. We characterize the attractiveness of a location based on several dimensions (social life, public infrastructure, connectivity) and combine this information with an urban or rural attribution. We also vary job design as well as contractual characteristics of the job. We find that job offers from companies in rural areas are generally considered less attractive. This is true regardless of the attractiveness of the region. The negative perception is particularly pronounced among persons with urban origin and singles. These persons rate job offers from rural regions significantly worse. In contrast, high-skilled individuals who originate from rural areas as well as individuals with partners and kids have no specific preference for jobs in urban or rural areas.

Immigration and Entrepreneurship in the United States

Immigration can expand labor supply and create greater competition for native-born workers. But immigrants may also start new firms, expanding labor demand. This paper uses U.S. administrative data and other data resources to study the role of immigrants in entrepreneurship. We ask how often immigrants start companies, how many jobs these firms create, and how these firms compare with those founded by U.S.-born individuals. A simple model provides a measurement framework for addressing the dual roles of immigrants as founders and workers. The findings suggest that immigrants act more as &quot;job creators&quot; than &quot;job takers&quot; and that non-U.S. born founders play outsized roles in U.S. high-growth entrepreneurship